Bursting the Voices of Stereotypes

Print the UNIT 1 Glossary as PDF

“No matter the languages we speak or the colour of our skin, we share ancestors with those who planted rice on the banks of the Yangtze, who first domesticated horses on the steppes of the Ukraine, who hunted giant sloths in the forests of North and South America, and who laboured to build the Great Pyramid of Khufu.”

This unit begins with a video and classroom discussion about everyday expressions of prejudice such as name calling. Students explore gender stereotypes and other generalizations that can lead to prejudice. They then write about their own experiences with stereotyping, either personal, witnessed, or viewed in the media. 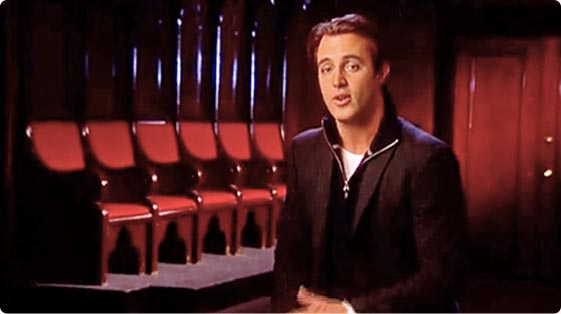 Ask students to consider and discuss the following questions:

1. Write the words ‘boys’ and ‘girls’ on the board in a two-column chart. Have students set up a piece of writing paper in the same way.

Ask students to individually write words or phrases that describe the qualities or characteristics of males under the word ‘boys’ and of females under the word ‘girls.’ Generate a few entries for each column. For example, students might suggest words such as ‘active,’ ‘loves sports,’ and ‘strong’ for boys, and ‘loving,’ ‘likes music,’ ‘cries’ for girls. Do not be surprised if your list is primarily comprised of stereotypes; that is the focus of the activity. Give students time to compile their lists.

1. Ask students to share what their groups have written and create a class list of words and phrases about girls and boys on the board. Once all of the students’ ideas have been recorded, ask them to review the list to see what kinds of questions and assumptions it raises. To stimulate the discussion, some of the following questions may be asked: 2. Write these sentences on the board:

Give students time to consider these phrases, then ask them to share their reactions. Record their reactions on the board (e.g., The statements are too general to be true).

What would the world be like if everyone believed these generalizations?

Connect faulty generalizations such as those above to concepts of stereotyping and prejudice by having students suggest the consequences of believing such statements are true.

Whole Class Discussion
3. Write the word stereotype on the board and ask the students if they know what it means. Write the definition underneath the word.

Stereotype: A simplified, fixed idea that people have about what an individual or group of people is like.

Write the word prejudice on the board and ask the students if they know what it means. Write the definition underneath the word.

Prejudice: A negative or hostile belief that can be felt or expressed about a group or an individual in that group; pre-judging based on stereotypes.

Ask students to return to their small groups and write down a few stereotypes or instances of prejudice that they have seen, heard and/or experienced. Ask groups to indicate those with which they are most familiar.

Small Group Brainstorm
4. Begin to share group responses. Discuss with the whole class ways of refuting stereotypes and instances of prejudice. Focus on constructive solutions rather than those that may provoke negative and/or hostile reactions.
Whole Class Consolidation

Remind students that the purpose of this activity is not to blame ourselves for what we might have done or believed in the past or to blame others for what they do or believe. The activity also helps us to understand how anger and hatred can be perpetuated.

Ask students to reflect about the activity. What did they learn? Were there times during the activity that they felt angry or sad? How do stereotypes hurt people? Is anyone “safe” from stereotyping?

Ask students to write about incidents of stereotyping

Distribute and discuss the evaluation criteria before the students begin to work.

Write a story about a time in your own life when you were stereotyped or when you witnessed stereotyping. Include details about the event and describe how you felt and how you think the other person or people felt. Explain, using the example of your story, why you think stereotyping is wrong.

Research examples of stereotyping that you find in television commercials or magazine ads. Write a summary of TWO (2) commercials and/or ads that feature stereotypes. Using these examples, explain why you feel that promoting these kinds of stereotypes is wrong.

Please see the Curriculum Connections page for the evaluation criteria addressed in this unit.